Infinity Maps is based on the iMapping method by co-founder Dr. Heiko Haller. The innovative method combines the advantages of mind map, concept map, whiteboard and note box for the first time.

The iMapping method unifies four basic principles for structuring information with each other, which are mutually exclusive in the previously established approaches. Thus, the iMapping method is not only versatile, but also particularly intuitive – or as we like to call it brain-friendly.

In order to manage large amounts of information, we use hierarchical structures: We have divided our planet into continents, countries and cities, files are distributed across drives and folders, and larger projects only become feasible by dividing them into sub-projects, work packages and individual steps. A common representation for this are tree diagrams like the mind map.

Mind mapping has proven useful for outlining and brainstorming. However, tree diagrams have two difficulties: First, mind maps become confusing the larger they grow. Secondly, they do not allow interconnections or structures apart from the hierarchy.

The world is complex and we like to represent correlations through network structures, so-called graphs. This simple principle of connecting objects graphically with lines forms the basis of many types of diagrams: concept map, organization chart, flowchart, UML. They are all based on nodes and edges.

Concept maps have proven to be a good way to show references. However, even these usually become very confusing when they become larger: In addition to the interconnectedness, no hierarchical structure can be represented and the visual complexity increases.

A fundamentally different way of visualizing information is the so-called Spatial Hypertext. On a pinboard or an online whiteboard, notes that are related to each other are grouped together. It is the mere position which counts. What belongs to each other moves together. On a Kanban board, for example, each column has its own function, and notes are regularly moved around to visualize the status of a task. 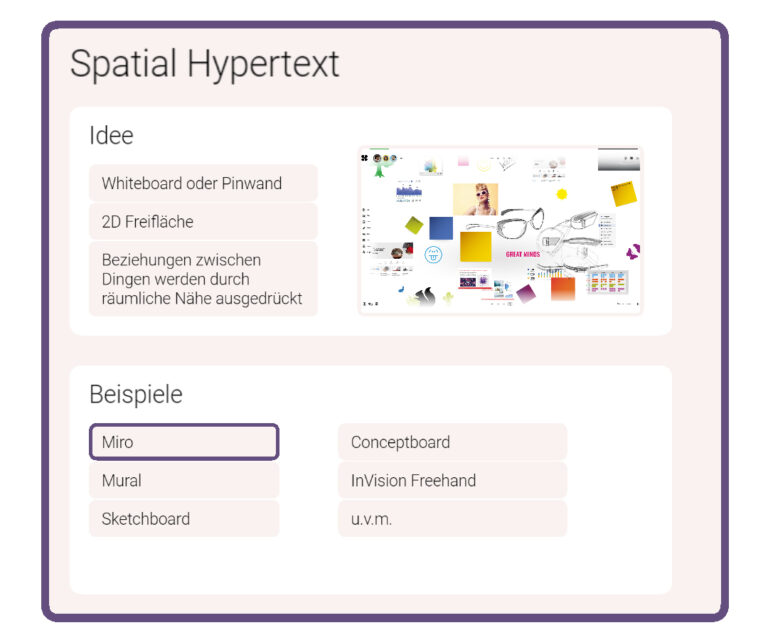 This simple principle is so obvious and brain-friendly that many people use it intuitively every day. But as useful as it is by its simplicity, it is also limited in its expressive power. It allows neither hierarchy nor relations to be represented. 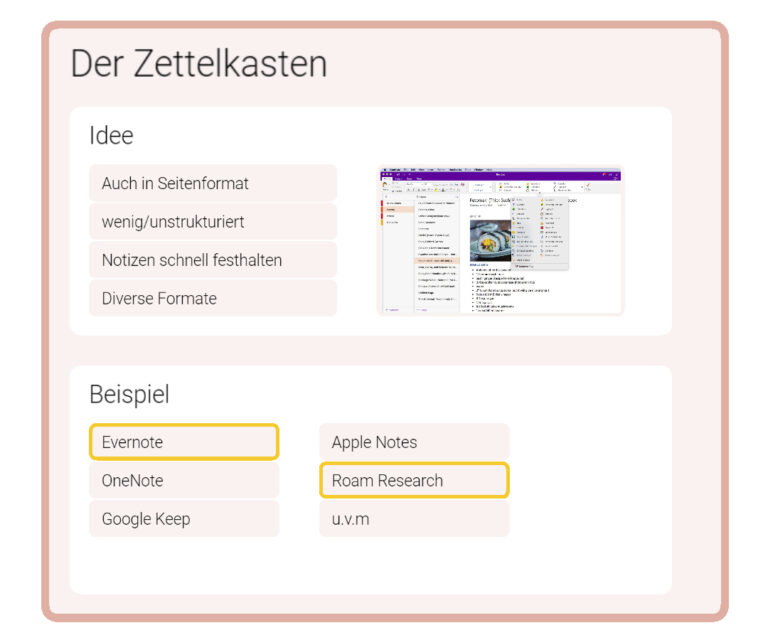 This type of information organization dispenses with visual representation altogether, but allows for arbitrarily large collections of information – in contrast to the three visual principles mentioned above. The information units are cate cards, slips of paper, wiki pages or database entries, of which any number can coexist. They can also be cross-referenced.

To read up on individual topics or thoughts or to meander from topic to topic, this principle works well. However, it does not succeed in getting an overview of several topics at the same time, or in seeing the structure of the topics among each other. 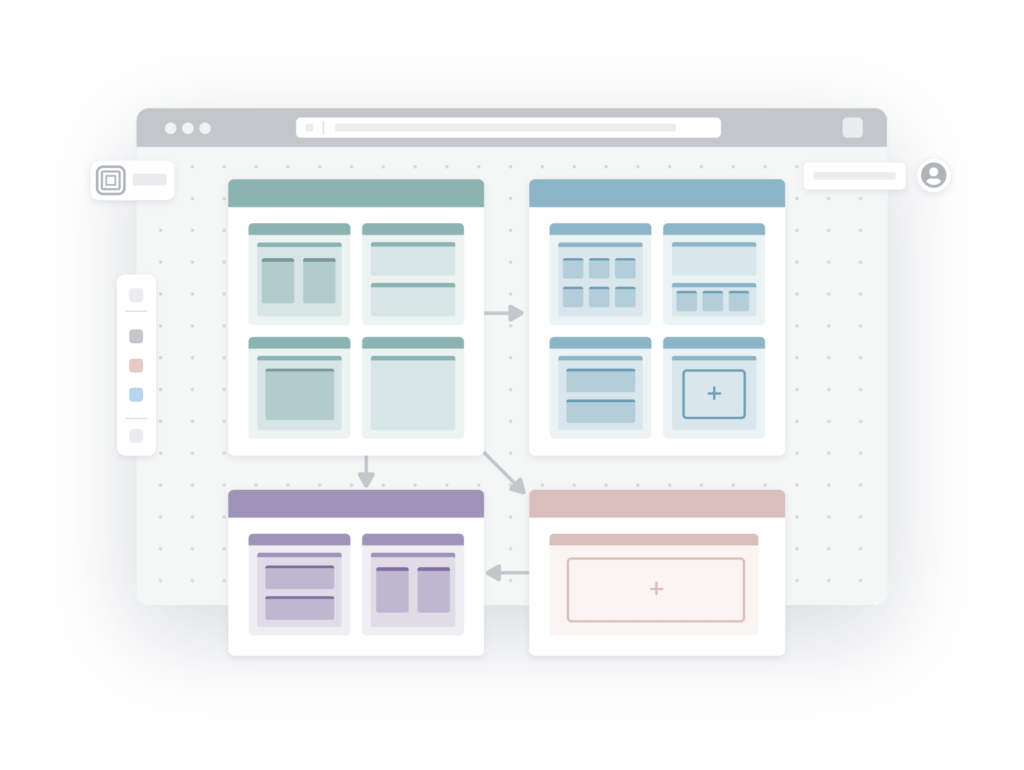 One method
to combine them All.

The iMapping method is a science-based approach for visually representing structured information. The best current iMapping software is Infinity Maps, the successor of the original iMapping tool. Discover the benefits!

How the Method became a Software

The idea for iMapping was born during co-founder Heiko’s psychology studies: In order to get an overview of his study material, he summarized lectures, seminars and literature research in a single document. In the process, the need arose to be able to go back into detail to the original notes and specifics, starting from these overall overviews. In his diploma thesis at the Institut für Wissensmedien in Tübingen (Institute for Knowledge Media), Heiko then examined various visualization methods. It turned out that each of the approaches had its merits, but none could combine the basic functions.

As a result of this research, the basic concept of iMapping emerged, which Heiko further elaborated as a doctoral thesis at the FZI Forschungszentrum für Informatik in Karlsruhe (Research Institute for Computer Science) from 2005 to 2010. Within the EU research project NEPOMUK a first software prototype of the iMapping method was developed: the iMapping Tool. The conference contribution at the renowned international “Hypertext” conference of the ACM was awarded the “Ted Nelson Newcomer Award” in 2010.

A Knowledge Tool for the Future

The media attention and the interest in the professional community moved Heiko to further develop the iMapping tool commercially. It has since been successfully distributed as desktop software. The development was discontinued in 2017, as the iMapping Tool no longer met the technical requirements.

With Infinity Maps, a new cloud-based and future-proof version has been available since 2020. As an optimized successor of the iMapping Tool, Infinity Maps is the only software that implements the innovative iMapping process. Collaborative, structured, clear and a real gamechanger for anyone who needs to keep track of larger issues, Infinity Maps offers potential as the central knowledge platform of the future.